We do more than just keep the lights on.  Amicalola EMC was recently honored by the Jasper Rotary Club. Employees assisted in the coordination of delivery and unloading of a trailer load of surplus goods which were donated to local non-profits by the Dollar General program. This included the unloading, unpacking, sorting and distributing of 24 stacked boxed pallets of surplus goods. Amicalola EMC provided a facility including supplies and restrooms for the volunteers and assistance from some of the employees.

In addition, Amicalola EMC assisted in the coordination of delivery and unloading of numerous pallets of USDA Farm to Families free produce for distribution to area families in Gilmer and Pickens counties.  In total, food for over 200,000 meals was distributed to those in need during a most challenging year. 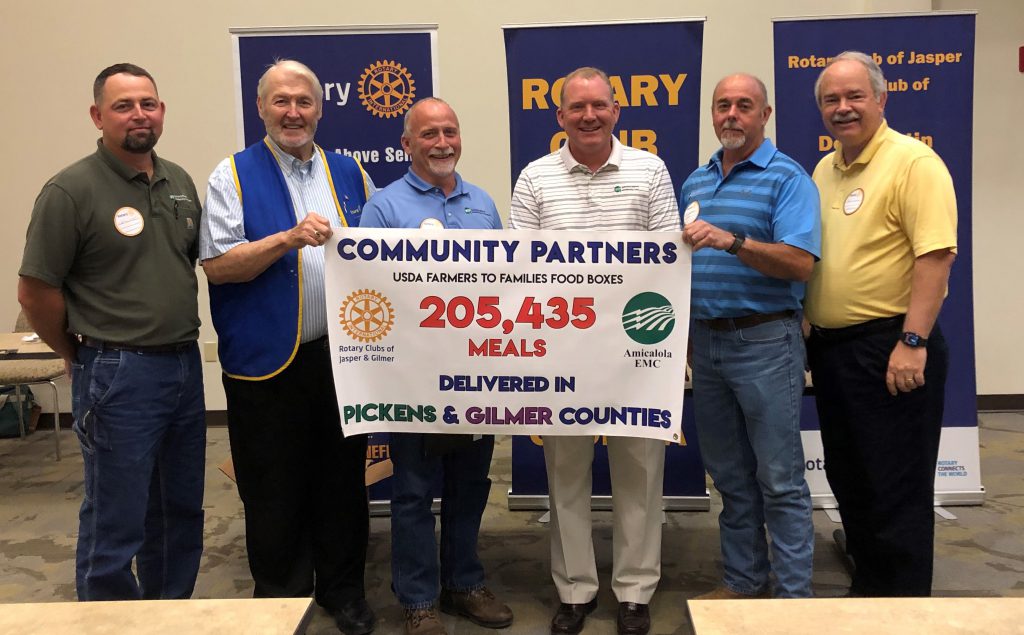